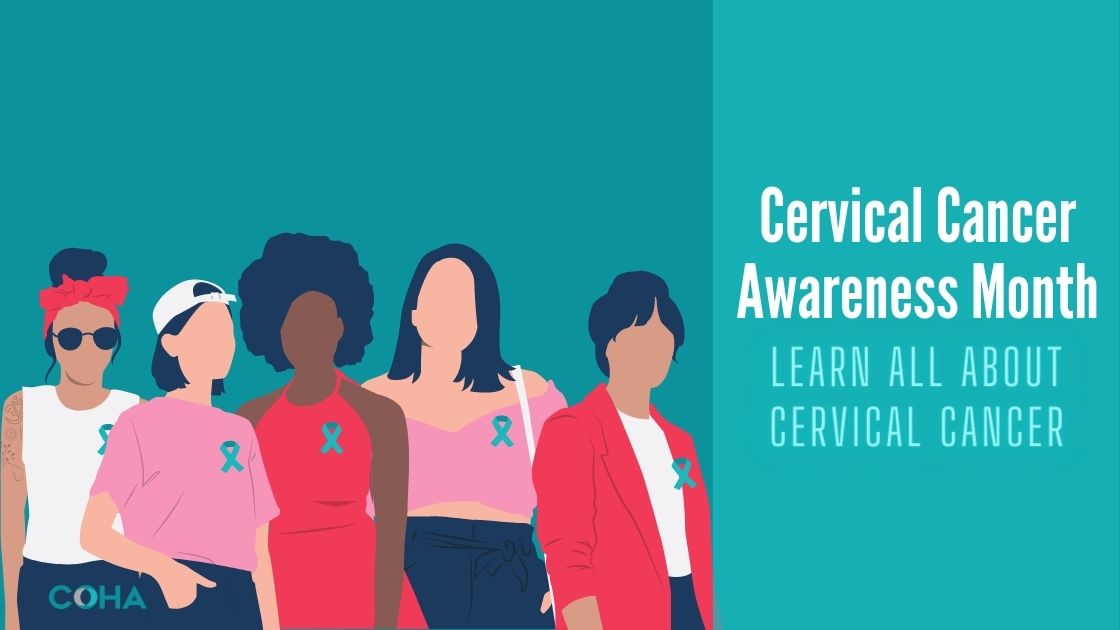 Cervical cancer is a form of cancer that starts in a woman’s cervix – a tube-shaped organ that connects the uterus to the vagina, located in the lower portion of the uterus. In cervical cancer, malignant cancer cells begin forming on the surface of the cervix.

Cervical cancer is most often diagnosed between the age of 35 and 44. Since it usually develops slowly as a condition called ‘dysplasia’, it can be detected by a Pap smear test and treated successfully.

Most women with cervical cancer do not experience any symptoms in the early stages. However, it can be detected with regular tests and check-ups. Some signs and symptoms of cervical cancer include:

Once this cancer spreads, it can lead to acute symptoms such as kidney failure, swelling in the legs, bone pain, lack of appetite, weight loss, pelvic pain, fatigue, and pain while urinating.

Following are some factors that increase your risk of cervical cancer:

Almost 99% of cervical cancer cases are attributed to Human Papillomavirus (HPV), a virus transmitted through sexual contact or skin-to-skin contact. There are over a hundred different strains of HPV, making it the most common sexually transmitted infection (STI). Though not all types of HPV cause health problems, certain high-risk types can lead to the formation of genital warts and cancers in the cervix, mouth, anus, throat, vagina, and vulva. Typically, the body is capable of fighting the HPV infection. However, sometimes the body fails to do so, and the disease becomes chronic, especially when the HPV is a high-risk type, leading to cervical cancer.

The body’s inability to defend itself from infections and diseases, including an HPV infection, may increase cervical cancer risk.

According to some research studies, the long-term usage of oral contraceptives increases the risk of cervical cancer. Instead of prolonged use of birth control pills, other contraceptive methods like condoms, diaphragms, vaginal rings, IUDs, etc., can be used.

Women whose mothers were given (DES) during pregnancy to avoid miscarriage have a higher risk of developing a rare kind of cervical or vaginal cancer. Such women should get a yearly pelvic examination, including a cervical Pap test and a 4-quadrant Pap test, where cell samples from all sides of the vagina are analyzed to detect for signs of cancer.

Types of treatment available in COHA under the best oncologist

At Chesapeake Oncology Hematology Associates (COHA), you can get the most reliable guidance and treatment options under experienced oncologists. The COHA team is committed to using our skill, knowledge, and expertise, to provide the best treatment options, including Chemotherapy, Non-chemo infusions, Iron infusions, Radiation therapy, and more.

HIV and Cancer: Everything You Need to Know

How to Protect Yourself from the Flu During Cancer Treatment